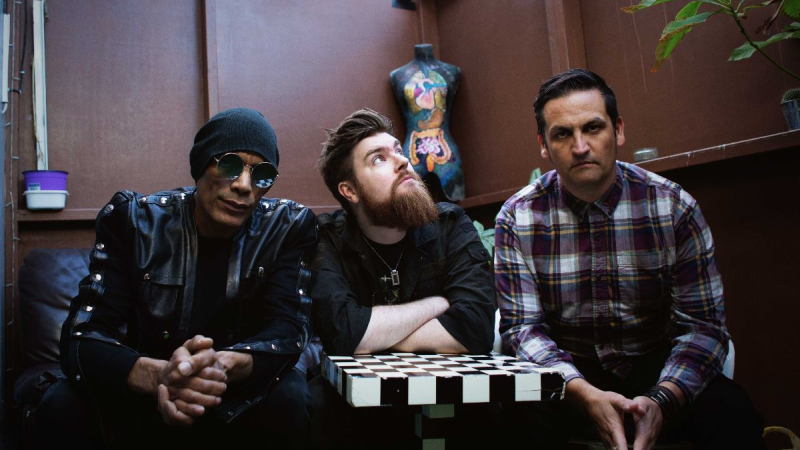 British rock band Black Orchid Empire share their brand new single “Evergreen” along with a music video. It’s the first single taken from the new studioalbum “Semaphore” which is scheduled to be released on June 12th, 2020 via Long Branch Records.

“Semaphore” is available for pre-order here.
Watch the video for “Evergreen” here:

Black Orchid Empire guitarist and singer Paul Visser about the new single:
“Evergreen is one of our favourite tracks on Semaphore. It’s full of really interesting chord progressions, riffs and melodies that somehow come together and make perfect sense. It came from a guitar riff that I had knocking around for a while that Dave and Billy found a home for. The middle instrumental section is something we haven’t done for a while – it just felt right to take the song on a journey from quite empty and sparse to full-on insanity.

Lyrically, as with all the tracks on Semaphore, it’s a sci-fi story. All of the thematic concepts for the songs came about organically while we were writing – Evergreen is about the idea of a slowly receding island of lush greenery in an otherwise barren wasteland. The last habitable place on a planet, run by the elite, with a band of exiled scavengers living on scraps in the outskirts.

Our good friend Alina Gordienco came up with the video treatment, which portrays an artistic interpretation of the lyric, and shot an incredible narrative sequence in the Ukraine. We were floored with what she put together – it perfectly complements the music and conjures the same visuals we had in our heads for the song. It blew us away!

Although not a traditional single format, Evergreen serves as a great introduction to the wider ideas and musical explorations of the rest of the album.”