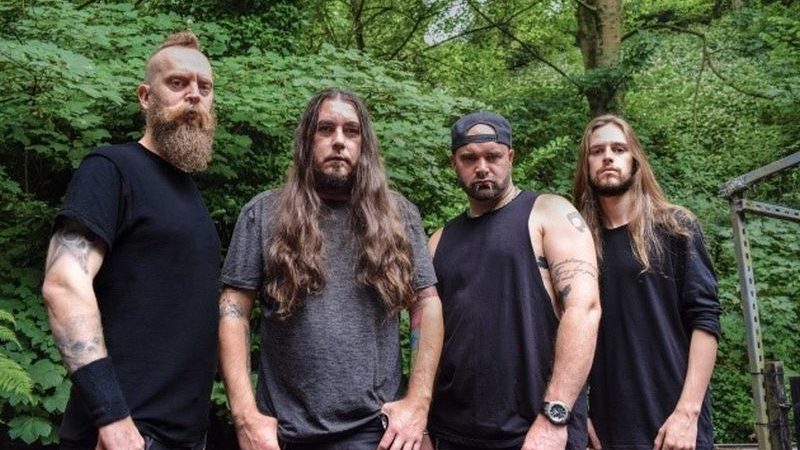 British thrash titans EVILE announce their upcoming fifth studio album, entitled Hell Unleashed. The album will be out on April 30, 2021 via Napalm Records, and is the successor to their 2013 release, Skull. Hell Unleashed is featuring the new line-up formation of Ol Drake on vocals/guitars and new member Adam Smith of RipTide as rhythm guitarist.  In celebration of their return and the announcement of Hell Unleashed, today, the band has released their second single “Gore”, featuring the impressive backing vocals of American actor, comedian and musician Brian Posehn.

EVILE vocalist/guitarist Ol Drake comments:
“Here it is! The second new EVILE single from the upcoming album Hell Unleashed. This is a song about a topic that no other metal band has ever covered before; a serial killer. This song harkens back more to the first EVILE album; it could easily be a track from our beginnings. It’s heavy, it’s fast, it has some great changes, and it will punch you in the face sonically. The overall message of this song/video is that these horrible individuals are hidden in plain sight. They could be our friends, family, or colleagues.

We’re also excited to welcome back the extremely hilarious and extremely metal comedian Brian Posehn. He was kind enough to provide us with some backing vocals in the chorus. Luckily, we only needed the one-word shouting, so we got a great collection of Posehn ‘Gore’s to sift through. Thank you, Brian!

Hell Unleashed will be available in LP Gatefold, CD Jewel Case and Digital formats. The limited 1LP Gatefold Deluxe Edition will also include an exclusive Artprint and band logo patch! The pre-sale is available at THIS LOCATION!.

Hell Unleashed was produced by Chris Clancy at Backstage Studios, UK, and will not only feature some explosive guest backing vocals from American actor, musician and comedian Brian Posehn, who highlights the band’s irrepressible, speeding energy on the track “Gore”, but the album will also include a cover song:

“This is the first album EVILE have done to include a cover song in the tracklisting.“ Drake says. “I’ve been a big fan of death metal for a long time, and seeing as this album is on the more extreme side of Thrash vocally and musically, we thought it was a perfect opportunity to cover Mortician‘s ‘Zombie Apocalypse’. It has one of the greatest riffs in it!

We’re also very excited about the return of the legendary Michael Whelan (Sepultura, Obituary, Stephen King) as cover artist. He did the art for our second album and he’s always a pleasure to work with.”