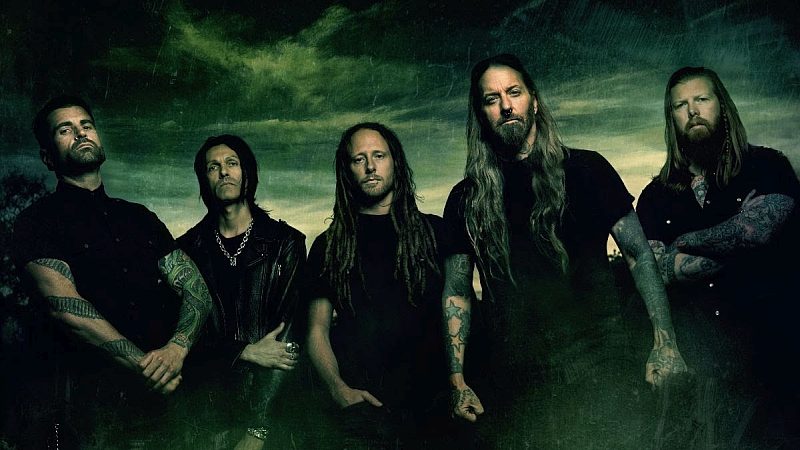 Respected standard bearers for 21st century metal, DEVILDRIVER have spent almost the last two decades pursuing a course of uncompromising artistry and nonsense-free dedication to the road. Led by the prolific Dez Fafara, the Californian crew have earned their reputation as one of the hardest working bands on the planet, while issuing a steady succession of brutal but distinctive albums along the way.

Their focus has remained laser-sharp, and never more so than on the monumental upcoming double album, Dealing With Demons. The first volume of the double album offering – entitled Dealing With Demons I – is set for release on October 9, 2020 via Napalm Records and will be available in several must-have formats.

Dealing With Demons I (the band’s first release of new, original material since 2016’s Trust No One) represents the onset of a final purging of the demons that have long haunted Dez Fafara and DEVILDRIVER’s music. From its eerie, ominous intro and the self-explanatory, explosive opener “Keep Away From Me” to the seething, poignant “Nest Of Vipers” and the chilling imagery of “Iona”, each track on Dealing With Demons I illustrates a different demon to be dealt with, or released.

In conjunction with the announcement of Dealing With Demons I, DEVILDRIVER have unleashed a searing, propelling new track, “Keep Away From Me”, alongside a new lyric video – a thought-provoking time capsule that paints a picture of positivity at its end. Watch the stimulating visual, directed by Vicente Cordero, below!

Frontman Dez Fafara states about “Keep Away From Me” and its accompanying visual:
“I’ve been social distancing since I was born. I’ve learned to try and embrace my Agoraphobia all my life. This is what the lyrics are about as we are all sheltered in place. They seem very clear. Now is not the time bands should shy away from the obvious by trying to push the narrative through their art as if everything is alright with the world and ‘it’s metal video visual as usual time’, as it is clearly NOT that time.

We as artists should speak up, inspire and change lives, or paint a picture – a time capsule if you will – by the narrative we push in uncertain times. This video is one such art piece as my band and thousands of others are forced into quarantine – cannot rehearse, take photos, or perform – to make a music video for the very people that have supported us for years. It’s trying times for the world and my outlook through this video is simply this: ‘here’s what we are going through as a family on this planet and as we embrace what is yet to come… please Stand Together’.”