Just recently signed with Napalm Records, CRYPTA announce their debut record, Echoes of the Soul, to be released on June 11, 2021 via Napalm Records. Ahead of the album, the band now releases a video for “From The Ashes”.

Watch “From The Ashes” below.

Singer and bassist Fernanda Lira says about the first single:
“The song is basically about the well-known tale of the phoenix, but in a more philosophical sense. It talks about the ever-changing cycles of life, about the many endings and beginnings we have to go through, about how many old versions of ourselves need to figuratively die in order for us to keep growing and evolving as human beings, and finally, about building resilience to endure all these rebirths.”

André Gustavo, movie director at O2 Filmes, states:
“I believe the song perfectly matches the current moment we’re living, during which all humanity needs to reinvent itself and be reborn ‘From The Ashes’. The videoclip preparation itself can also be translated through it: building up such a big production during this terrible moment we’re living was a big challenge to all of us. I believe, for all of that, from the creative and cinematographic perspective, we had a great final outcome for the video”.

Echoes of the Soul was recorded in January 2021 at the Family Mob Studio (Brazil), mixed by Arthur Rizk (Code Orange, Powertrip etc.) and mastered by the famed Jens Bogren (Opeth, Dimmu Borgir, Sepultura etc.). The cover artwork was created by Wes Benscoter, who is internationally famous for his stunning covers for bands such as Slayer, Kreator, Black Sabbath and many more.
Order the debut album Echoes of the Soul AT THIS LOCATION
Echoes of the Soul Tracklisting:
1. Awakening
2. Starvation
3. Possessed
4. Death Arcana
5. Shadow Within
6. Under the Black Wings
7. Kali
8. Blood Stained Heritage
9. Dark Night of the Soul
10. From the Ashes 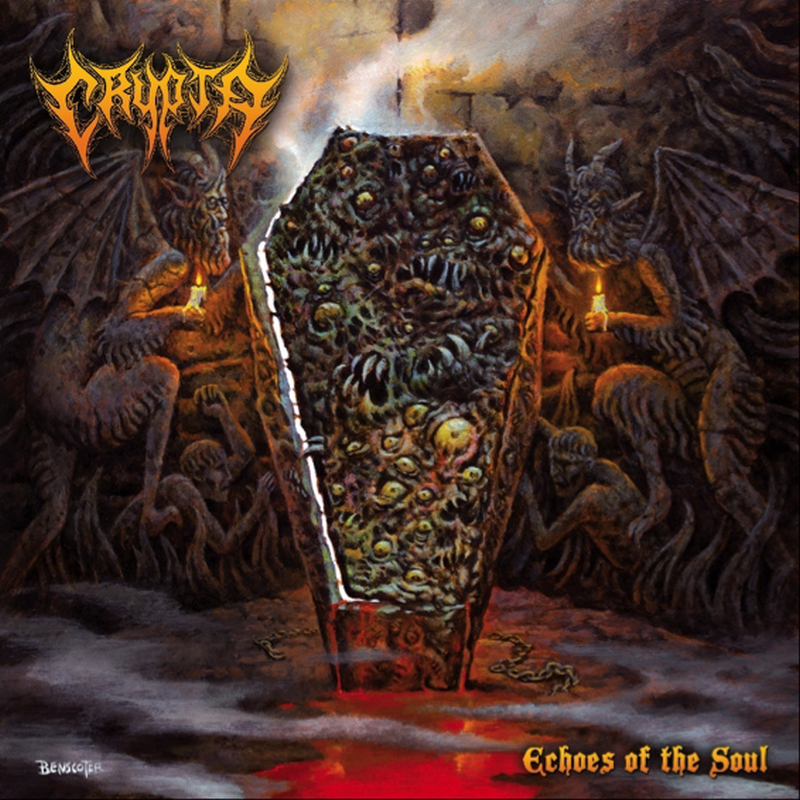