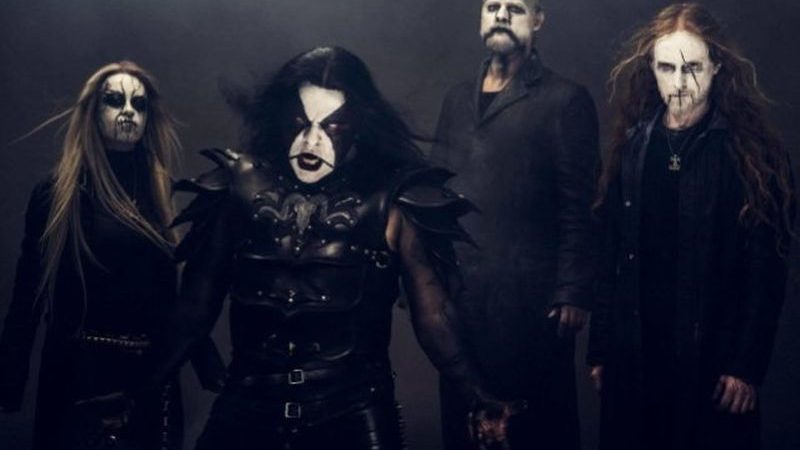 Mia Wallace, bassist for TRIUMPH OF DEATH and NIRYTH, has announced has departure from ABBATH, the solo project of former IMMORTAL frontman Abbath.

Wallace broke the news of her exit from ABBATH in a social media post earlier today. She wrote: “It is with sadness I have been forced to part ways with ABBATH.

“It has been a challenging but exhilarating/exciting time and I am proud of my contribution to the ‘Outstrider’ album, the concerts, the videos for ‘Harvest Pyre’ and ‘Hecate’ and the visuals and promotion of the band in general.

“For me, being a part of ABBATH was a dream come true and I can say with my hand on my heart I have been loyal to the team and to Abbath himself. Everyone can see this from the Argentina concert where I stood on the stage until the bitter end. I have not always agreed with certain other people in the ABBATH camp and I have given my opinion honestly without anger or negative intent. Unfortunately not everyone can take this.

“I am disappointed that none of my former colleagues have contacted me in this process except for the five minute phone call from ABBATH’s manager in which I was told I would no longer be needed. I was told not to contact anyone in the band. The explanation for this had no substance and just made more questions and confusion for me. Up until then I had been preparing for the European tour as I had been told to do. I had to cancel other plans, and get time off work for the tour which I spent much time preparing for.

“I am truly grateful for all the support from the fans, media, everyone at Season of Mist and collaborators of ABBATH! Thank you so much! It means everything to me in this difficult time. I also wish only the best for Abbath whom I will always admire as an artist and thank him for the opportunity he has given me. Now I shall focus on my next step. Several very interesting new projects are in the works. I promise you have not heard the last of me.“

Earlier in the month, Abbath released a video message ahead of ABBATH’s European tour, which kicked off last weekend in Bochum, Germany. In the short clip, recorded on January 5, Abbath — whose real name is Olve Eikemo — revealed that he was almost two months sober now following the cancelation of several shows on ABBATH’s South American fall 2019 trek.

In late November, Abbath issued a statement saying that he had been battling addiction and vowing to commit himself to a rehab program that would help him “get clean once and for all.”

Abbath’s decision to enter rehab came just a couple of weeks after ABBATH played a disastrous two-song concert in Buenos Aires, Argentina, resulting in some fans requesting a refund.

ABBATH was touring South America in support of its second album, “Outstrider”, which was released last July via Season Of Mist.

I Am The Night – While The Gods Are Sleeping

Mystery Dudes – Exit Through The Wormhole

LACUNA COIL is working on songs for tenth album