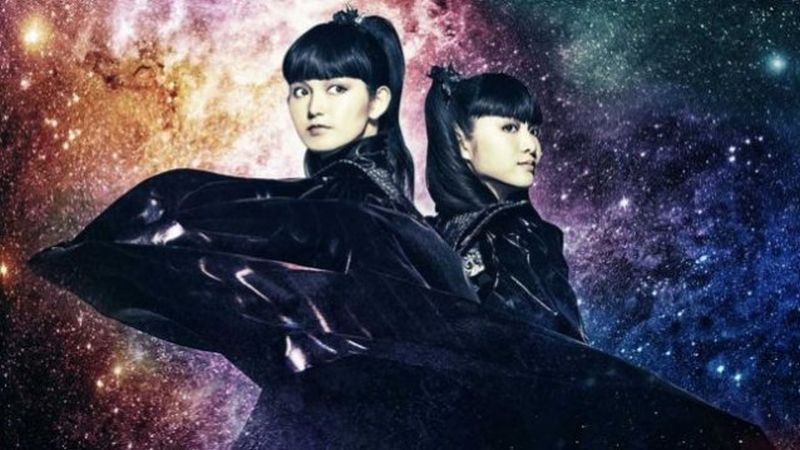 BABYMETAL has unveiled a new video for the track “Da Da Dance”. Filmed across various shows during the group’s “Metal Galaxy” world tour, the clip includes footage from BABYMETAL’s first-ever U.S. arena show at the Forum in Los Angeles on October 11.

“Da Da Dance”, which features a guest appearance by guitarist Tak Matsumoto from B’Z, is taken from BABYMETAL’s third studio LP, “Metal Galaxy”. The effort hit No. 19 in the U.K. official album chart, No. 1 No. 1 on Billboard’s Top Rock Albums chart, becoming the first Asian act to land at No. 1 becoming the first Asian band to top the chart, and No. 18 on the German chart.

“Metal Galaxy” was released on October 11 via earMUSIC/Edel. The follow-up to 2016’s “Metal Resistance” is based on the concept of “The Odyssey Of Metal Galaxy”.

Guests:
The album includes five songs that feature guest appearances from worldwide musicians who were perfect to the character of each song. Vocalist Joakim Brodén from SABATON is featured on “Oh! Majinai”. Guitarist Tim Henson and Scott LePage from POLYPHIA are featured on “Brand New Day”. Vocalist Alissa White-Gluz from ARCH ENEMY is featured on “Distortion”. Rapper F.Hero is featured in “Pa Pa Ya!!”.