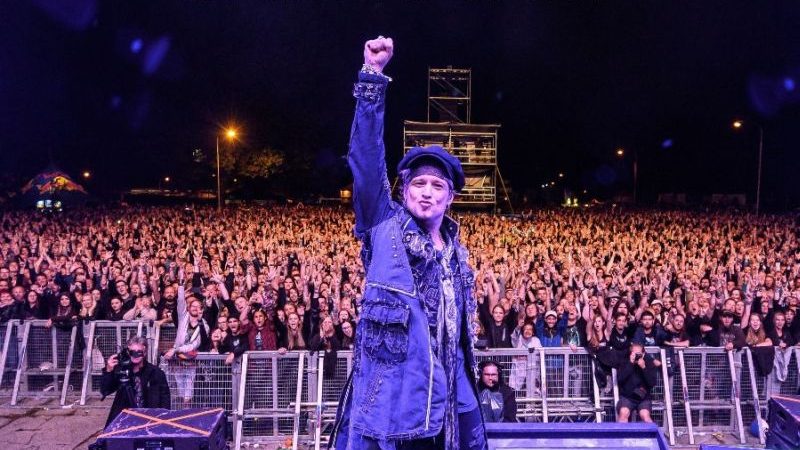 In early 1999, more than 20 years ago, a widely unknown 21 year old German musician named Tobias Sammet decided to jump in at the deep end and fulfil his dream of initiating a solo project starring his musical idols within the framework of a Rock Opera. Only just a bit heavier than other Rock Operas. When the first single from “Avantasia – The Metal Opera“ was released in 2000 nobody was aware that the album title would also mark the beginning of a new genre in music history: The term ‘Metal Opera‘ was established.

By now, AVANTASIA has become a staple in the Rock World and an arena-sized live spectacle. And 20 years after its birth it’s time to celebrate the journey from “The Metal Opera“ to the most recent number-one-album “Moonglow“ with a special history show at selected summer festivals in 2020.

Tobias says:
“It‘s been a long road, an exciting journey full of hard work, taking risks and balancing on the edge at times. But I wouldn‘t want to miss a minute of it.

Looking back now, without the sheltering retreat and the creative freedom and possibilities I’ve found in AVANTASIA, I‘d probably have gone crazy and burnt out in this superficial, super-glossy and super-streamlined music industry, with its often unfulfillable and ludicrous expectations, by now.

The naiveté to dream up AVANTASIA as a 20 year old boy has rewarded me with the chance to create my own little world that has always turned at my own little pace. That said, when you get to work next to your heroes and the best of the best – you don‘t even realize how you constantly break through your own limitations and discover new possibilities – the fuel for inspiration.

20 years and counting – thanks to our fans and my wonderful extended AVANTASIA family. And honestly, there is no better way to celebrate our anniversary than gathering the family on stage and in front of it for a few epic best-of shows featuring the most celebrated anthems of our career plus some songs that we have never or not played in a long time. Again I want to thank everybody who has joined me on my journey so far. And I am looking forward to delivering a great show with some of my amazing companions!“

More Shows to be announced soon!