Will there ever be another STRAPPING YOUNG LAD Album? DEVIN TOWNSEND responds 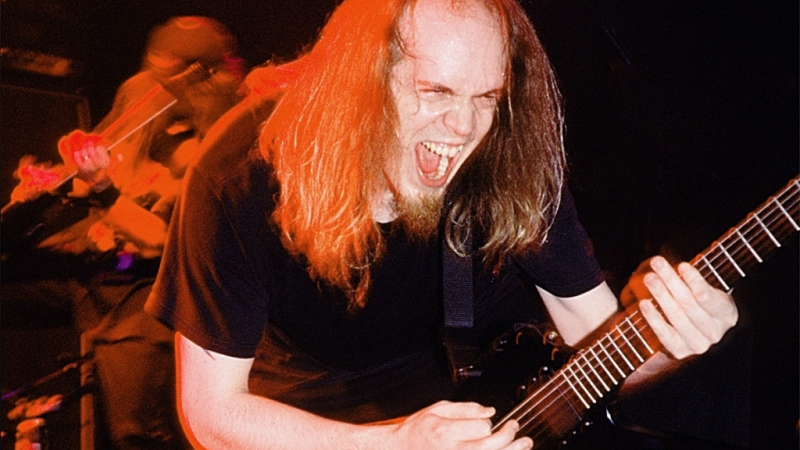 Canadian musician/producer Devin Townsend once again reiterated that he has no interest in reforming STRAPPING YOUNG LAD, the seminal industrial metal outfit he fronted until 2007. Since the band’s dissolution, Townsend has been asked repeatedly whether he would reform STRAPPING, only to cite the mental and physical toll the band took on him, in addition to his desire for new musical pursuits.

Speaking to The Metal Meltdown, Townsend was asked if there is a chance of him ever making another STRAPPING YOUNG LAD album. He responded (as transcribed by BLABBERMOUTH.NET): “The answer to that is… I’ve said it a thousand times, so I’m sure if there are people who really don’t know, they don’t care enough to pay attention.

“The process of making this music is rooted in trying to unfuck myself as I get older, because when I was younger I had a lot of issues,” Devin explained. “So if people really love something that happened at any point in my career, whether or not it’s ‘Empath’ or STRAPPING or ‘Ziltoid’ or ‘Epicloud’ or anything, then my hope is that they would understand that the thing that they probably appreciated about it is it’s coming from a place of honesty. And if I can’t be honest about something, the thing that people will like about it will not be there. Absolutely. And I would prefer to be disliked for what I am than to be loved for what I’m no longer.

“There’s gonna be a certain amount of people that would hear that and they’d be, like, ‘Yeah, he’s said that before. I get it. I love the band, but I get it. I can respect that.’ There’s gonna be a certain amount of people that are just, like, ‘Fuck that guy. What he needs to do is do that ’cause it’s the only thing he’s ever done that’s worth a shit and everything else sucks. ‘ and there’s gonna be another part that just says, ‘STRAPPING who?’ But for me, brother, I’m just, like… As hard as this is to say, because it’s been such a weird couple of years, I’m pretty happy with where I’m at as a dude, and that’s not worth sacrificing to go back to a time when I wasn’t happy.”