UDO DIRKSCHNEIDER on keeping his voice in shape: 'I never warm up' 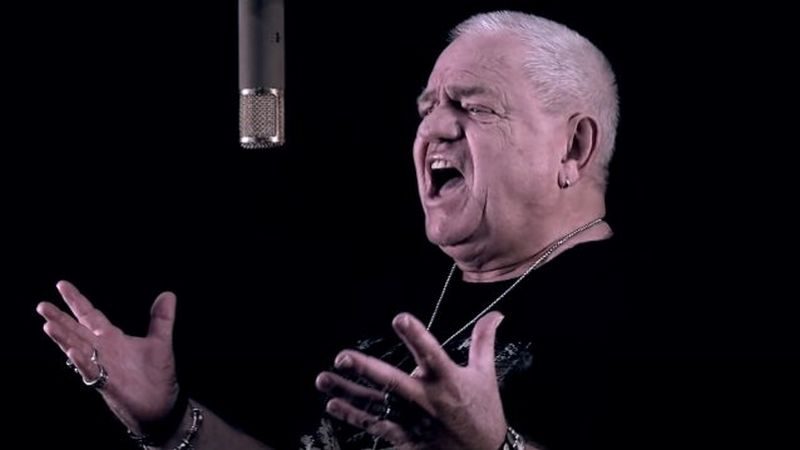 In a brand new interview with Pete Pardo of Sea Of Tranquility, former ACCEPT and current U.D.O. frontman Udo Dirkschneider was asked how he has managed to keep his singing voice in such good shape after more than 40 years of recording and touring. He responded: “I don’t know. I think I’m really lucky with my voice. I go every year to check everything, and the doctor always says, ‘Everything’s perfect. No problems.’ And this is crazy.

“I never had any problems or had to cancel a concert because of my voice — never,” he continued. “I’m really, really lucky with this. I know a lot of colleagues, they have problems with their voice.

“My colleague Stefan Kaufmann (former ACCEPT drummer and U.D.O. guitarist), I’m working with this guy for a long, long time, and when we did the recording of [the new U.D.O. album] ‘Game Over’, he said to me, ‘This voice is a miracle. Unbelievable.’ He said to me, ‘You are still on the same level like ACCEPT‘s ‘Breaker’ album, with the high voices.’ He said, ‘This is unreal.’ Normally, if you’re getting older, you’re losing all these high parts. No. He said, ‘This is crazy — absolutely crazy.’

“I have to say to somebody, ‘Thank you very much.’ [Laughs]”

“Game Over” will be released on October 22 via AFM Records.

In June, Dirkschneider told Via Nocturna about the band’s upcoming follow-up to 2018’s “Steelfactory” LP: “It will be a really good U.D.O. album. This is also the first time we are composing together with the two new members of U.D.O.,” referring to bassist Tilen Hudrap and guitarist Dee Dammers. “Very interesting. And there are a lot of things there that will be a little bit of a surprise. But no, we are not changing the style, but a lot of little things are a little bit different. But it will be very interesting.”

Last year, U.D.O. collaborated with Das Musikkorps der Bundeswehr, the military band of the German federal armed forces, on an album called “We Are One”, which was released in July 2020 via AFM Records/Soulfood Music.

Udo‘s DIRKSCHNEIDER & THE OLD GANG project, in which he is joined be fellow former ACCEPT members Peter Baltes (bass) and Stefan Kaufmann (guitar), recently released a new single and video, “Every Heart Is Burning”.

DIRKSCHNEIDER & THE OLD GANG, which is rounded out by Udo‘s son Sven Dirkschneider (drums), Manuela Bibert (vocals) and Mathias Dieth (guitar), issued its debut single, “Where The Angels Fly”, in September 2020. A second single, “Face Of A Stranger”, followed in April. On August 27, all three songs were released as the “Arising” CD, a 12-inch vinyl and a download.

Frozen Dawn – The Decline Of The Enlighted Gods