Waltteri has released the following statement regarding his decision to exit PARADISE LOST: “Dear fans and friends, I’m sad to announce that I’m leaving my position as the drummer of PARADISE LOST. It’s been an incredible journey and I’m insanely proud to have been a part of this legendary band’s history, playing hundreds of shows across the globe and recording the last two studio albums.

“It needs to be emphasized that my decision involves absolutely no bad blood or drama whatsoever and I will forever consider the guys in the band my friends and I’m gonna miss them all dearly.

“I’d like to express my gratitude to Nick, Greg, Steve, Aaron, the management and the crew for everything and making me feel like home for the past 7 and a half years. Last but not least; thanks to all the fans around the world for your support over the years, it means everything to me!

“I wish the band all the best in their future endeavours and I’m looking forward to hearing which direction they are heading next. As for myself, I guess you’ll hear from me soon so this is not a goodbye.

We welcome Guido Montanarini from Strigoi who will be taking up the drum stool for our upcoming European tour.

PARADISE LOST will kick off a European headlining tour on October 5 in Utrecht, Netherlands. The trek will conclude on November 13 in Lublin, Poland.

PARADISE LOST‘s latest album, “Obsidian”, was released in May 2020 via Nuclear Blast.

In a 2017 interview with The Rockpit, PARADISE LOST guitarist Greg Mackintosh stated about the band’s drummer changes: “Yeah, it’s like a classic SPINAL TAP. The four of us are together the whole time, and if we haven’t lost the first drummer, he would probably still be in the band, and then we just keep changing drummers. But it’s all for natural reasons. It’s all over a long period of time; it’s not overnight.”

Greg added: “It’s all very natural reasons; none of it is contemptuous or anything like that or anything clandestine. It’s just life gets in the way. You get to a certain age and you’re a touring band, it’s hard for people to just switch off life while on tour.” 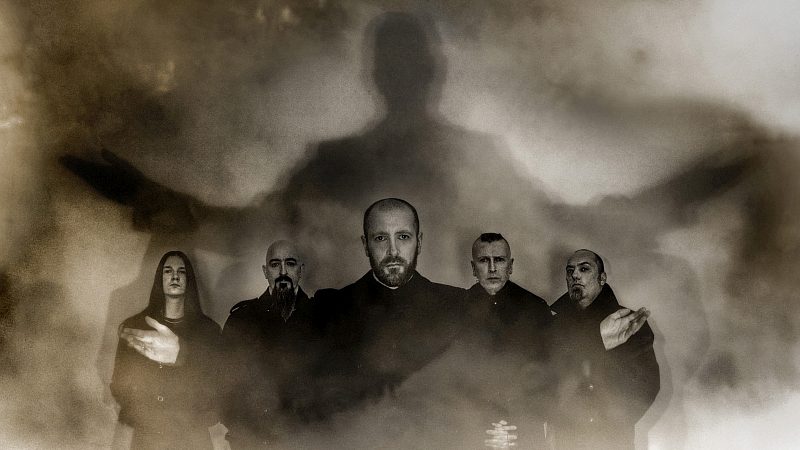 OBSCURA release video for ´The Neuromancer´