PARADISE LOST: Official Biography 'No Celebration' Due In November 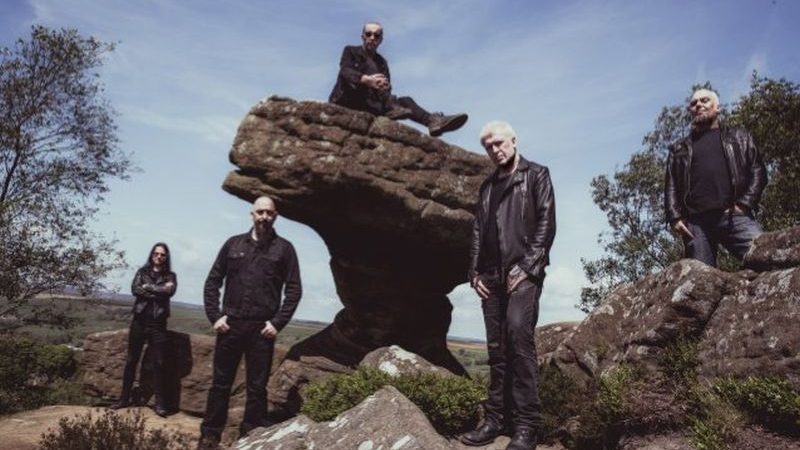 Decibel Books has announced the publication of “No Celebration: The Official Story Of Paradise Lost“. Due in November, this brand new hardcover chronicles the British doom metal progenitors’ groundbreaking three decades-plus career with in-depth interviews, first-hand accounts and never-before-seen photos.

From their beginnings in the dreary north of England, to their development as the forerunners of gothic doom metal with their legendary 1991 album “Gothic” through their dalliance with the fringes of the European rock mainstream, PARADISE LOST had the metal world at its fingertips. Their need to experiment, however, took them down paths few bands dared to travel.

PARADISE LOST vocalist and co-founder Nick Holmes calls “No Celebration” “a very in-depth, informative and — from my point of view — nostalgic look at the last 30 years of the band. Many of the stories feel like they were yesterday, and although it serves as a reminder that life is short, I also wouldn’t change a thing. Well, not much anyhow.”

Author David E. Gehlke (“Damn The Machine: The Story Of Noise Records”) takes readers into the depths of one of metal’s most enduring and rewarding bands. Including a foreword from BOLT THROWER/MEMORIAM frontman Karl Willetts, this hardcover edition is over 300 pages and strictly limited to 1,000 copies worldwide. Pre-orders are available now and copies are expected to ship in late November.