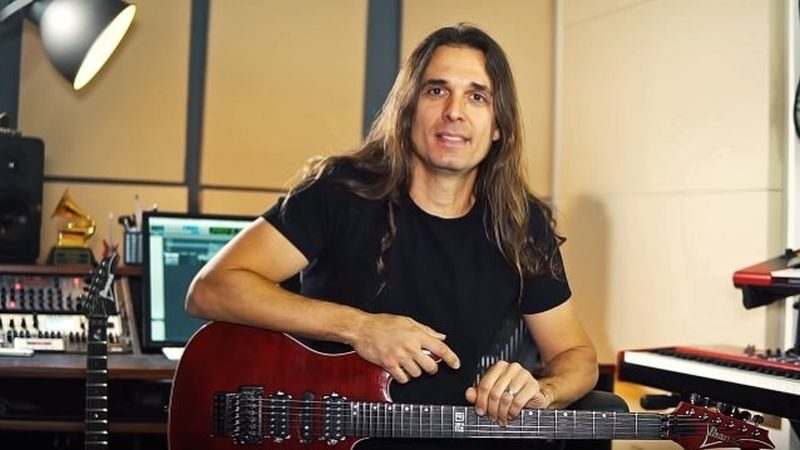 MEGADETH guitarist Kiko Loureiro has set “Open Source” as the title of his fifth solo album. The disc will be the follow-up to “Sounds Of Innocence”, which was released in June 2012.

Loureiro said:
“By definition, ‘open source’ is related to softwares which the original source code is made freely available and may be redistributed and modified. It brings us a higher sense of community, enhances our creativity and creates new possibilities. So why not take this concept to our art, our music? How much richer a song could be if others had access to its source code? What if the song’s original composition wasn’t the final product? What if it was just the beginning? Something that could be constantly updated and evolve over time. And as well as a machine, we as humans are also minded to enhancements, being an open source ourselves, constantly moving and growing, through technology, science, spirituality… and art.”

“This is the mindset which I bring now to my fifth solo album, that was named… guess what? OPEN SOURCE!

“My compositions and recordings are not the final objective of the album, but rather the start. I want you to have access to the way I created the album concept, to the songs and to how I played them. In addition, I will make the stems available for download. So you can remix, recreate and make new versions of it. And I can’t wait to see what you’re gonna create from that. I can expect different approaches and better versions than mine.

“To make all this possible, I’m doing a crowdfunding campaign and stretching goals to be able to create and share even more with you. Some of the perks are unique. Brings us closer, we can collaborate together and I’m very excited to have this possibility through this campaign.

“When you participate in this limited-time exclusive crowdfund, you officially become a partner of mine. And you’re helping to launch this album worldwide. And if you’re not the composer kind, don’t worry, the backing tracks will also be available. So weather you play an instrument or are a music producer, you can put your own spin on it.”

“I’m looking forward to sharing this project with the world. Stay healthy and stay safe!“

Kiko started composing his new solo album last year. The recordings started in September 2019 and he has been working on the LP ever since, in between MEGADETH‘s activities.

Kiko made his recording debut with MEGADETH on 2016’s “Dystopia” album. The “Dystopia” title track was honored in the “Best Metal Performance” category at the 2017 Grammy Awards.

MEGADETH leader Dave Mustaine told Revolver magazine that finding Loureiro “was really a mind-blower. It was the first time since Marty Friedman joined the band that I was really intimidated as a player,” he said. “He’s such an amazing talent, and he’s been coming in with all of these fresh ideas.” Mustaine has also called Loureiro the “best guitarist we’ve ever had,” adding that he was a good fit personality wise. “Chris [Broderick] and I had a good chemistry, but we weren’t really as close as I would have wanted us to be,” Mustaine explained. “Kiko, I feel like I’ve known him for years.“

DELAIN release new single and video for ‘Beneath’

Fit For A King – The Hell We Create