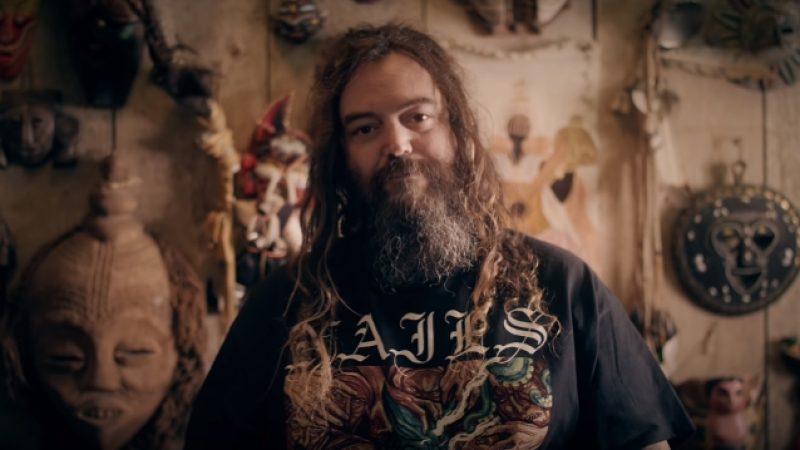 Lee Bros Meats conducted an interview with SOULFLY frontman Max Cavalera prior to the band’s July 5 show at iBoat in Bordeaux, France. You can listen to the entire chat via the SoundCloud widget AT THIS LOCATION.

On his future plans: “Right now, I’m more focused on SOULFLY. We have two tours planned. Europe right now, and we have an American tour with UNEARTH. I do a little bit with my brother, playing classic SEPULTURA albums ‘Beneath The Remains’ and ‘Arise’ in Europe in November. I hope it comes to France. I think France would enjoy that. It’s a cool show. It’s different from SOULFLY. It’s like another part of my life I get to revisit“.

“Then, of course, I still have KILLER BE KILLED, which I’m working on it for next year. I think we’ll hopefully have an album for next year for KILLER BE KILLED. I like this project a lot. I think we will have an album next year; I believe it. I’ve been talking to the guys. I think the first record was really good. It needed to be projected more, more promotion. More people needed to know about it. I think not a lot of people knew about it. So hopefully this time with this new one, we get to show it to more people. It’s a special project. I think the combination of me, Greg Puciato (THE DILLINGER ESCAPE PLAN), Troy Sanders (MASTODON) and Ben Koller (CONVERGE) is very unique. It’s like THE DILLINGER ESCAPE PLAN, MASTODON, SOULFLY should not work. It should be shit. But it’s not. It’s good. I’m excited for next year.“