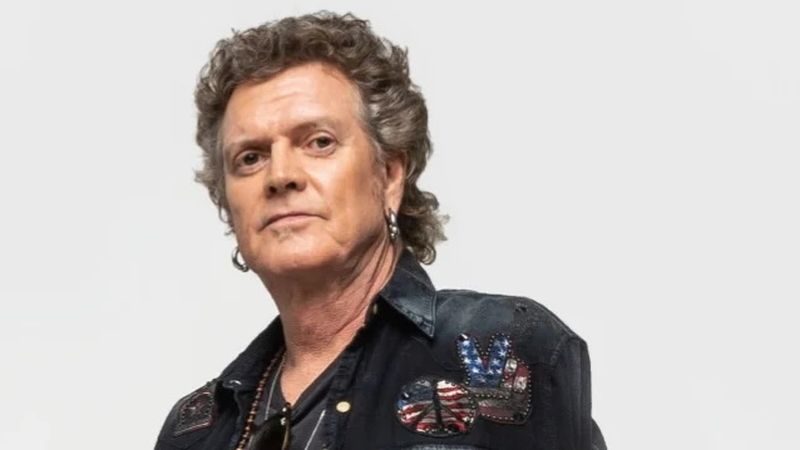 DEF LEPPARD‘s Rick Allen has been voted “Best Rock Drummer In The World” by the readers of Music Radar.

The site held a poll asking its visitors to name rock’s top sticksman, and DEF LEPPARD‘s one-armed drummer came out on top. Coming in at No. 2 was VOLBEAT‘s Jon Larsen, followed by 5 SECONDS OF SUMMER‘s Ashton Irwin at No. 3, ALTER BRIDGE‘s Scott Phillips at No. 4, Simon Phillips at No. 5, QUEEN‘s Roger Taylor at No. 6, MÖTLEY CRÜE‘s Tommy Lee at No. 7, BLINK-182‘s Travis Barker at No. 8, NIRVANA‘s Dave Grohl at No. 9, and AC/DC‘s Phil Rudd at No. 10.

This month marks 36 years since the life-altering accident suffered by Allen in which he lost his left arm in an auto accident in England. Allen had to relearn how to play drums and drum manufacturer Simmons worked with him to build a kit. The band stuck with Allen through the difficult time and the drummer persevered through an accident that would have ended most people’s careers.

Allen spoke about his accident during a recent interview with Modern Drummer. He said: “I remember coming around in the hospital and then realizing what had happened to me after the accident, and honestly, I wanted to disappear. I didn’t wanna do this anymore. And then I started getting these letters from all over the world… I got encouragement from everywhere — from my family, from the guys [in the band], from people all over the world. And I don’t know what happened, but I discovered the power of the human spirit and just said, ‘You know what? I can do this.’ It was really a collective thing. It was all this encouragement I was getting from other people, and then it just manifested in wanting to succeed. And that’s exactly where it came from.”

Rick also talked about the support he received from his bandmates in DEF LEPPARD who stuck by him through his recovery and waited patiently for his return.

“They left the decision to me, whether I wanted to go on or not, and they gave me time to grow and develop, really, a whole new style [of playing],” Allen said. “And that’s all I needed — I just needed the time. I needed the time to build my confidence and realize that I could do it. Nobody ever said, ‘Well, you have to make a decision now.’ I think that was the most important thing — just that time that they gave me just to find myself.”

After visiting the Walter Reed Army Medical Center in 2006, Allen dedicated himself to helping war veterans who suffer from Post Traumatic Stress Disorder (PTSD) as a result of sustaining injuries similar to his own.

Allen told ABC News in 2012: “I didn’t know what my life would be like after that terrible day. It was the darkest time in my life… My desire is to encourage a support system for warriors, de-stigmatize PTSD, share their stories and offers alternative ways to pave the road to resiliency and health.”