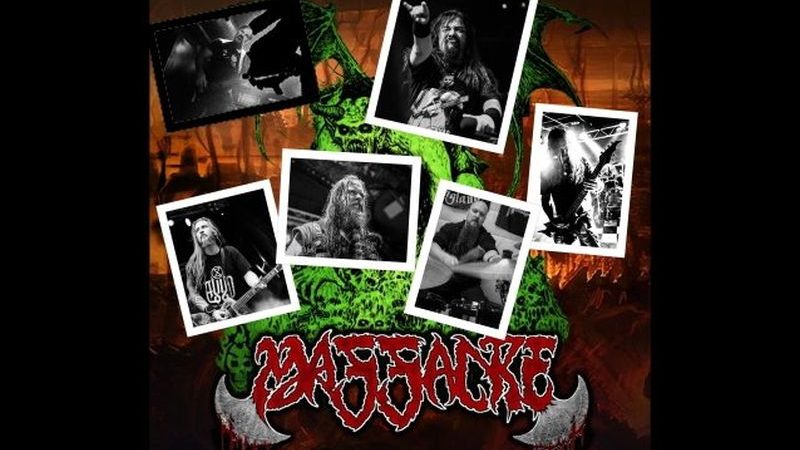 Says Borders: “WHO IS READY FOR REAL OLD SCHOOL DEATH METAL!!!? We promised you new MASSACRE music and we are not going to let you down!!

“Despite recent setbacks, plans for a new MASSACRE album are still moving full speed ahead and with all guns blazing!

“Prepare for the raw, uncompromising sound you expect from MASSACRE!! #deathmetal #oldschooldeathmetal”. 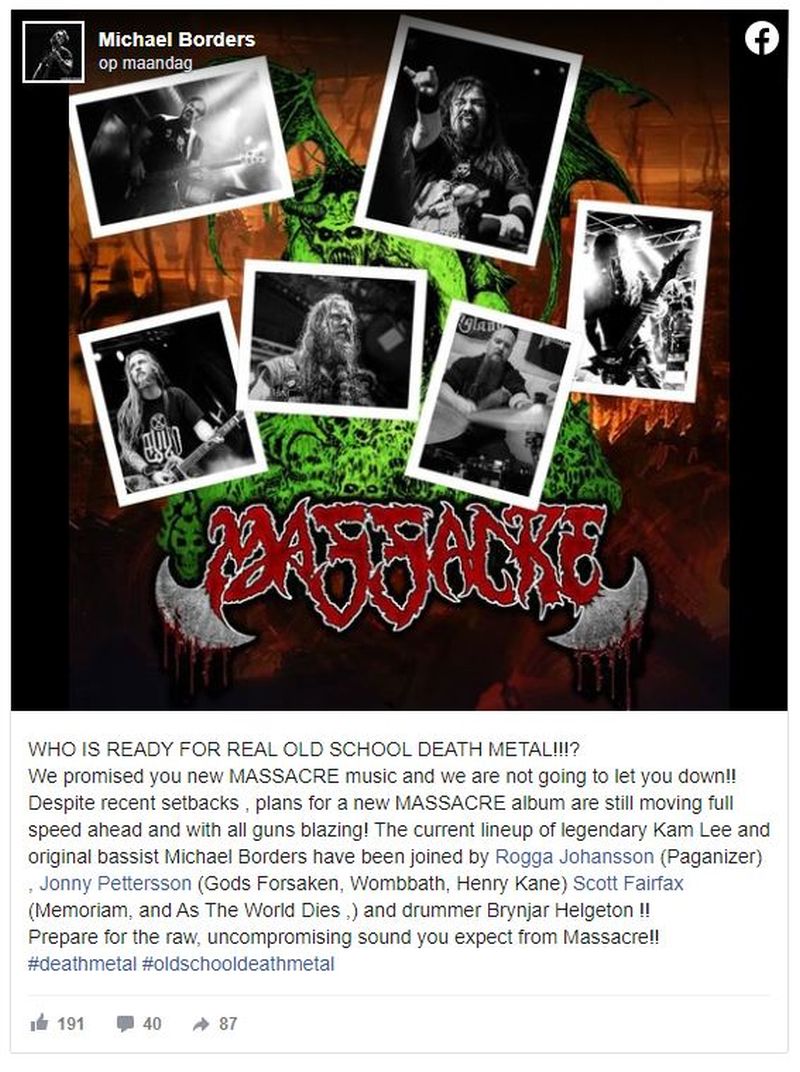 Earlier in the month, drummer Jeramie Kling (VENOM INC., THE ABSENCE, GOREGÄNG) and guitarist Taylor Nordberg (THE ABSENCE, GOREGÄNG) announced their departure from MASSACRE. The duo had joined the group less than a year ago and were said to be working on MASSACRE‘s fourth studio album at Kling/Nordberg‘s own Smoke & Mirrors Productions in Spring Hill, Florida.

Kling and Nordberg said in a statement that “what was presented as a democracy turned out to be a dictatorship with an excruciating lack of communication.”

MASSACRE‘s forthcoming album was supposed to be the first to feature Borders, as well as the band’s first recording in 24 years to feature Lee (ex-DEATH, ex-MANTAS).

When Kling and Nordberg‘s addition to MASSACRE was first announced last December, Lee said that the duo brought “a sensibility and professional mindset that the band was lacking before and so urgently needed.” Borders concurred, saying that he and Lee were “giving these guys free rein to be themselves, do their thing, not clone sounds and styles of past members.”

MASSACRE parted ways with guitarist Rick Rozz and drummer Mike Mazzonetto in September 2019. At the time, Lee and Borders blamed the split on “contract infringement violations,” “poor performance, incompetence, and lack of professionalism.”

MASSACRE‘s latest album, 2014’s “Back From Beyond”, featured Rozz and Mazzonetto alongside bassist Terry Butler and vocalist Ed Webb.

In early 2017, Butler — who is now playing bass for OBITUARY — told Metal Wani that Rozz and Mazzonetto “destroyed” MASSACRE with their “behind-the-scenes backtalking and backstabbing.” He went on to make it clear that Rozz and Lee‘s then-collaboration could not be called MASSACRE. He said: “They can do all they want and write all the songs in the world they want, but it’s not gonna be called MASSACRE.”

Napalm Death – Throes Of Joy In The Jaws Of Defeatism

HEATHEN release video for ‘Sun In My Hand’