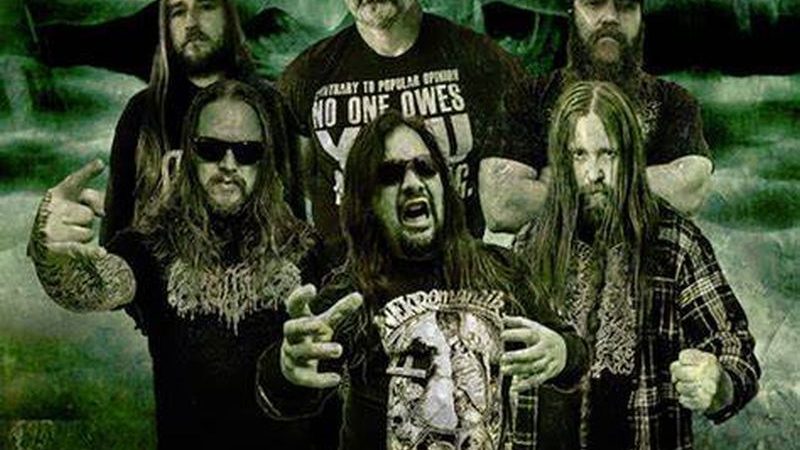 Watch “The Innsmouth Strain” below.

Commenting on the upcoming album and new single, vocalist Kam Lee states: “It’s all about Lovecraft, isn’t it? Honesty though, aesthetically MASSACRE needed two main things to return to be proper. A) The return to the core roots of O.S.D.M. (Old School Death Metal) style death metal that late ’80s, early ’90s sound. Musically, the record has to retain that nostalgic retro style. B) To return to the lyrical aesthetics laden with influences heavily drawn from the stories and fictional mythos that is all Lovecraftian.

“‘The Innsmouth Strain’ is heavily influenced by the H.P. Lovecraft story ‘The Shadow Over Innsmouth’ yet has my own twisted take on transmutation body horror aspects thrown in. I sort of lyrically give it a David Cronenberg/Junji Ito-type spin on a Lovecraft fiction. So lyrically it is basically about body horror of aquatic transmutation. Any deeper meaning then that is just speculative, but could simply be metaphor for our world’s current situation with the pandemic and other threats of the spreading of viral infection. Musically it’s just proper O.S.D.M. the way it’s meant to be played and properly represented by MASSACRE.”

MASSACRE’s upcoming album will be the first to feature Borders, as well as the band’s first recording in 25 years to feature Lee (ex-DEATH, ex-MANTAS).

Nuclear Blast’s U.S.A. general manager Gerardo Martinez, who signed MASSACRE, said: “For many of us at Nuclear Blast, MASSACRE is one of our favorite bands, and instrumental in the formative years of death metal and with their debut album alone. It paved the way to many artists to follow. It’s an honor to be working a brand new record with Kam Lee on vocals after nearly 30 years!”

Last September, drummer Jeramie Kling (VENOM INC., THE ABSENCE, GOREGÄNG) and guitarist Taylor Nordberg (THE ABSENCE, GOREGÄNG) announced their departure from MASSACRE. The duo had joined the group less than a year earlier and were said to be working on MASSACRE’s fourth studio album at Kling/Nordberg’s own Smoke & Mirrors Productions in Spring Hill, Florida.

Kling and Nordberg said in a statement that “what was presented as a democracy turned out to be a dictatorship with an excruciating lack of communication.”

MASSACRE parted ways with guitarist Rick Rozz and drummer Mike Mazzonetto in September 2019. At the time, Lee and Borders blamed the split on “contract infringement violations,” “poor performance, incompetence, and lack of professionalism.”

MASSACRE’s latest album, 2014’s “Back From Beyond”, featured Rozz and Mazzonetto alongside bassist Terry Butler and vocalist Ed Webb.

In early 2017, Butler — who is now playing bass for OBITUARY — told Metal Wani that Rozz and Mazzonetto “destroyed” MASSACRE with their “behind-the-scenes backtalking and backstabbing.” He went on to make it clear that Rozz and Lee’s then-collaboration could not be called MASSACRE. He said: “They can do all they want and write all the songs in the world they want, but it’s not gonna be called MASSACRE.”